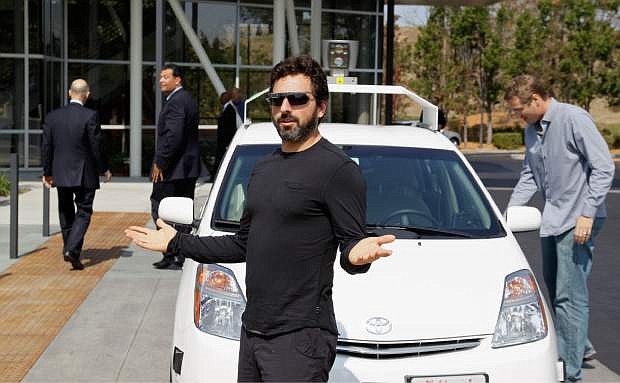 FILE - In this Sept. 25, 2012, file photo, Google co-founder Sergey Brin gestures after riding in a driverless car with officials, to a bill signing for driverless cars at Google headquarters in Mountain View, Calif. Google engineers say they have turned a corner in their pursuit of creating a car that can drive itself. Test cars have been able to navigate freeways comfortably for a few years. On Monday, April 28, 2014, Google said the cars can now negotiate thousands of urban situations that would have stumped them a year or two ago. (AP Photo/Eric Risberg, File) 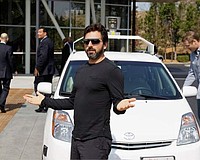