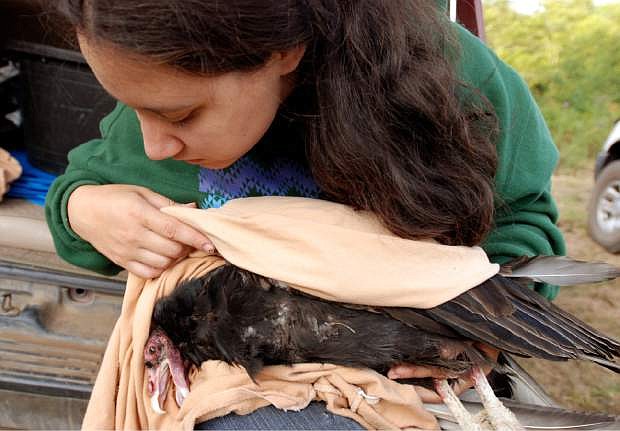 FILE - In this Aug. 7, 2009, file photo, Yurok Tribe wildlife biotechnician Tiana Williams holds a turkey vulture in the hills above Orick, Calif., where it was trapped as part of the tribe&#039;s efforts to determine if the Klamath River canyon would be suitable habitat for condors. The Yurok Tribe has signed agreements leading to the first release of captive-bred condors into the northern half of their historic range _ the sparsely populated Redwood Coast of Northern California. The tribe, based at the mouth of the Klamath River, has been working the past five years under a federal grant to establish whether the rare birds can survive in a place they have not lived for a century. (AP Photo/Jeff Barnard, File) 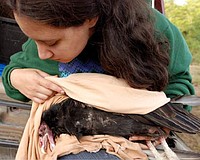