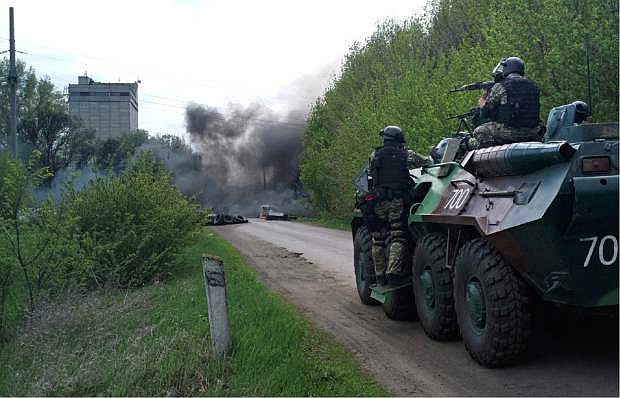 Ukrainian troops take position next to burning tires at a pro Russian checkpoint following an attack by Ukrainian troops outside in Slovyansk, Ukraine, Thursday, April 24, 2014. Ukrainian government troops moved against pro-Russia forces in the east of the country on Thursday and killed at least two of them in clashes at checkpoints manned by the insurgents, the government and insurgents said. Russian President Vladimir Putin decried what he described as a &quot;punitive operation.&quot; (AP Photo/Mika Velikovskiy) 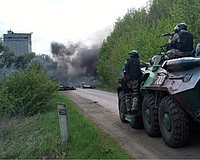 Ukraine moves against insurgents in the east