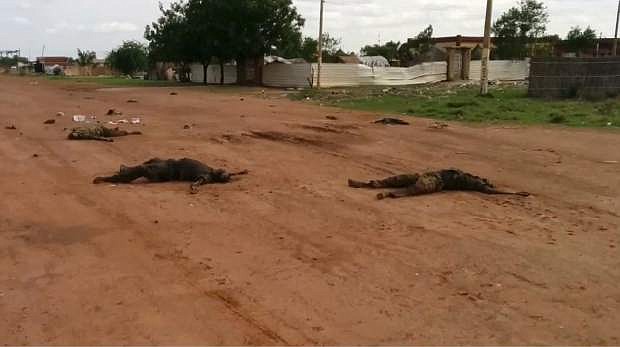 EDS NOTE GRAPHIC CONTENT In this image taken from video dead bodies lie on the road near Bentiu South Sudan on Sunday April 20, 2014. U.N.&#039;s top humanitarian official in south Sudan Toby Lanzer told The Associated Press in a phone interview Tuesday April 23, 2014, that the ethnically targeted killings are &quot;quite possibly a game-changer&quot; for a conflict that has been raging since mid-December and that has exposed longstanding ethnic hostilities. There was also a disturbing echo of Rwanda, which is marking the 20th anniversary this month of its genocide that killed 1 million people. &quot;It&#039;s the first time we&#039;re aware of that a local radio station was broadcasting hate messages encouraging people to engage in atrocities,&quot; said Lanzer, who was in Bentiu on Sunday and Monday. &quot;And that really accelerates South Sudan&#039;s descent into an even more difficult situation from which it needs to extract itself.&quot; (AP Photo/Toby Lanzer, United Nations) 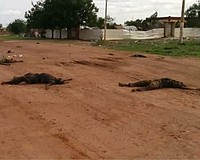 ‘Piles and piles’ of bodies in S. Sudan