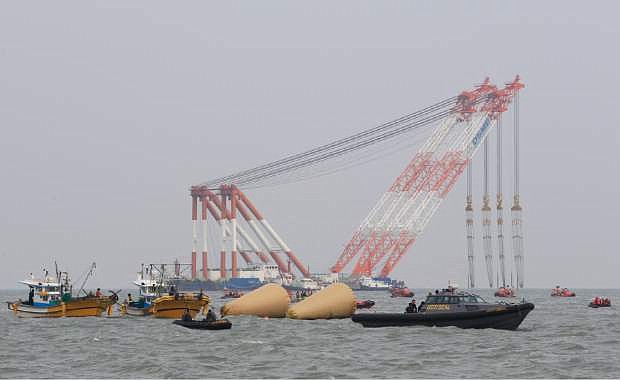 South Korean rescue team members work to rescue passengers believed to have been trapped in the sunken ferry Sewol near the buoys which were installed to mark the vessel in the water off the southern coast near Jindo, South Korea, Monday, April 21, 2014. Divers continued the grim work of recovering bodies from inside the sunken South Korean ferry Monday, securing a new entryway into the wreck, as a newly released transcript showed the ship was crippled by confusion and indecision well after it began listing. The transcript suggests that the chaos may have added to a death toll that could eventually exceed 300. (AP Photo/Ahn Young-joon) 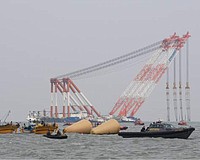