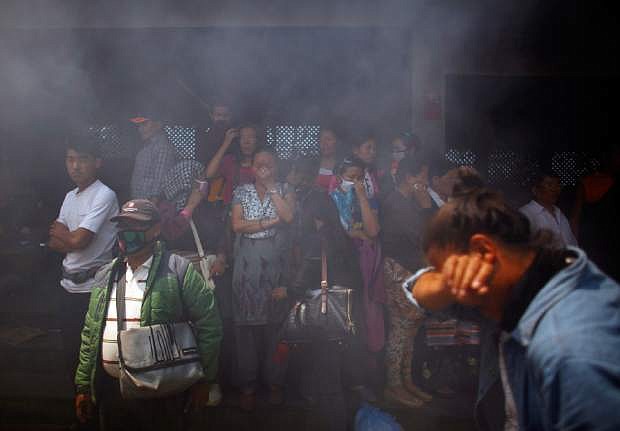 Smoke rises from the cremation pyre of mountaineers, killed in an avalanche on Mount Everest, during a funeral ceremony in Katmandu, Nepal, Monday, April 21, 2014. Buddhist monks cremated the remains of Sherpa guides who were buried in the deadliest avalanche ever recorded on Mount Everest, a disaster that has prompted calls for a climbing boycott by Nepal&#039;s ethnic Sherpa community. The avalanche killed at least 13 Sherpas. Three other Sherpas remain missing and are presumed dead. (AP Photo/Niranjan Shrestha) 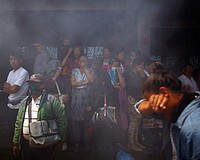