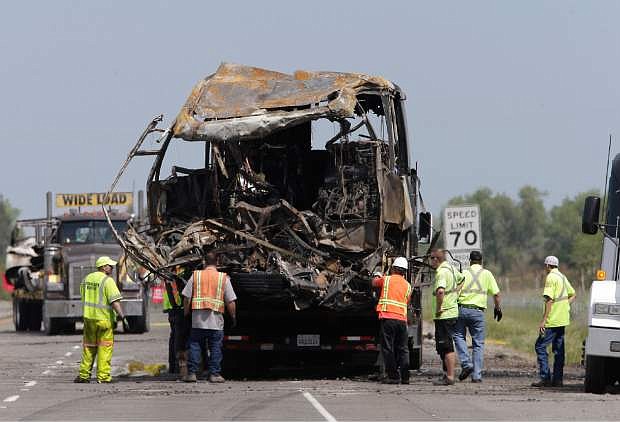 The burned out remains of a tour bus involved in a fiery crash with FedEx truck, sits on a flatbed truck before being taken from the scene, Friday April 11, 2014 in Orland, Calif. Ten people were killed and dozens injured in the fiery crash between the truck and the bus carrying high school students on a visit to a Northern California College, Thursday.(AP Photo/Rich Pedroncelli) 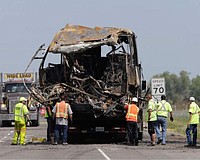