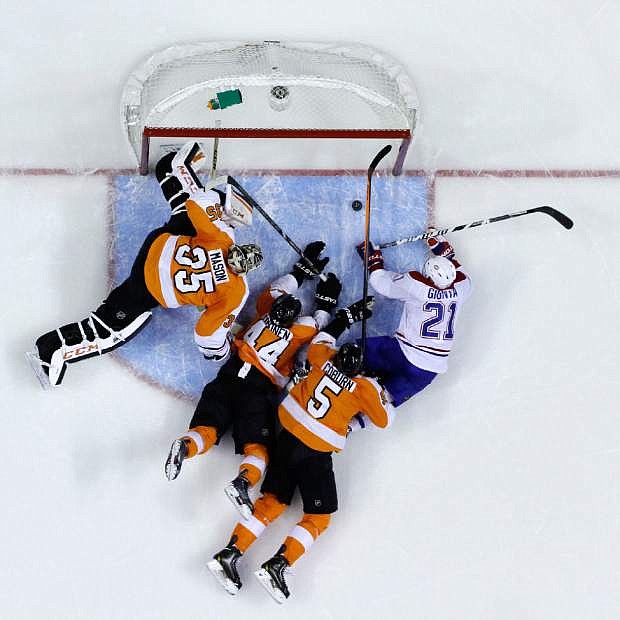 FILE - In this Dec. 12, 2013, file photo, Montreal Canadiens&#039; Brian Gionta (21) knocks in a goal with his hand against Philadelphia Flyers&#039; Braydon Coburn (5), Kimmo Timonen (44), of Finland, and Steve Mason (35) during the third period of an NHL hockey game in Philadelphia. The goal was overturned. For the first time since 1973, there is just one Canadian team in the NHL postseason. The Canadiens represent the nation&#039;s only hope of ending a 21-year Stanley Cup drought. (AP Photo/Matt Slocum, File) 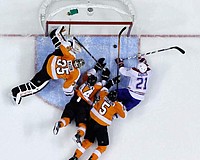