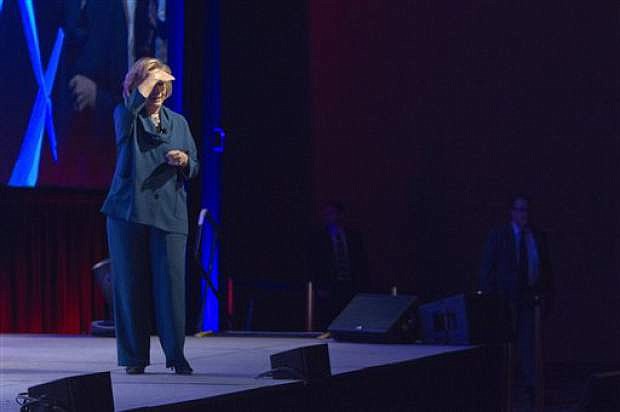 Former U.S. Secretary of State Hillary Rodham Clinton looks into the audience after an object was thrown on stage during her address to members of the Institute of Scrap Recycling Industries during their annual convention at the Mandalay Bay Convention Center, Thursday, April 10, 2014, in Las Vegas. Clinton, a possible presidential contender in 2016, ducked but did not appear to be hit by the object, and then joked about the incident. Security ushered out a woman who said she threw a shoe but didn&#039;t identify herself to reporters or explain the action. (AP Photo/Las Vegas Sun, Steve Marcus) LAS VEGAS REVIEW-JOURNAL OUT