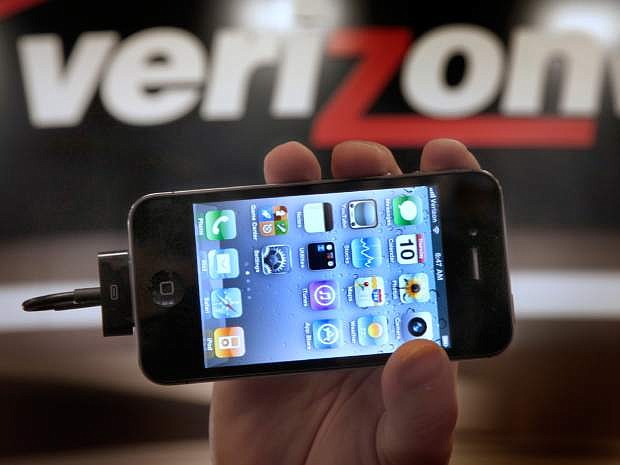 FILE - In this Feb. 10, 2011 file photo, Chris Cioban, manager of the Verizon store in Beachwood, Ohio, holds up an Apple iPhone 4G. Britain&#039;s Guardian newspaper says the National Security Agency is currently collecting the telephone records of millions of U.S. customers of Verizon under a secret court order. The newspaper said Wednesday, June 5, 2013 the order was issued in April and was good until July 19. The newspaper said the order requires Verizon on an &quot;ongoing, daily basis&quot; to give the NSA information on all telephone calls in its systems, both within the U.S. and between the U.S. and other countries. (AP Photo/Amy Sancetta, File) 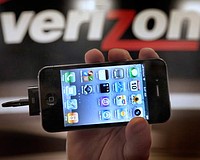