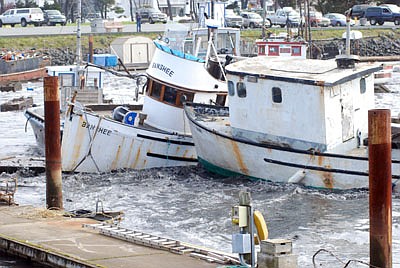 Fishing boats crash into one another Friday, March, 11, 2011 in the boat basin at Crescent City, Calif., as one of a series of tsunami surges slams into the harbor, breaking up docks and tearing lose boats. An 8.9-magnitude earthquake in Japan sparked a tsunami that sped across the Pacific and caused tsunami warnings as far away as the west coast of the United States. (AP Photo/Jeff Barnard) 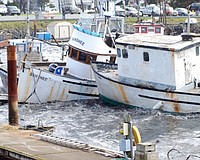