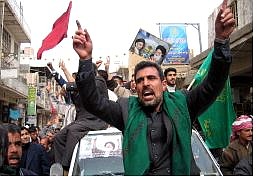 Associated Press Iraqis celebrate on the street in Najaf, some 100 miles south of Baghdad, on Tuesday. The Sunday ballot, which occurred without catastrophic rebel attacks, raised hopes that a new Iraqi government would be able to assume greater responsibility for security, hastening the day when the 170,000 U.S. and other foreign troops can go home. 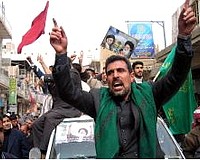