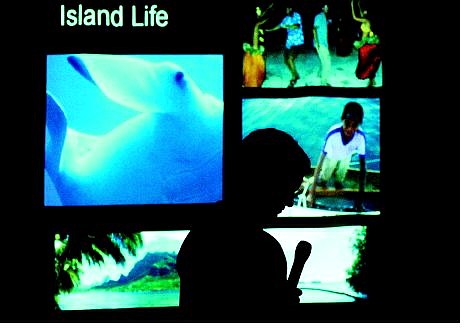 Rick Gunn/Nevada Appeal Dave Gutzman is silhouetted during a slide show in which he spoke about being struck by the initial wave of the tsunami which hit the waters off southeast Asia where he was sailing in December. Gutzman presented photos of the trip prior to the tsunami to the Carson City Noon Rotary on Tuesday. 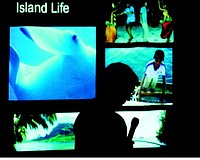