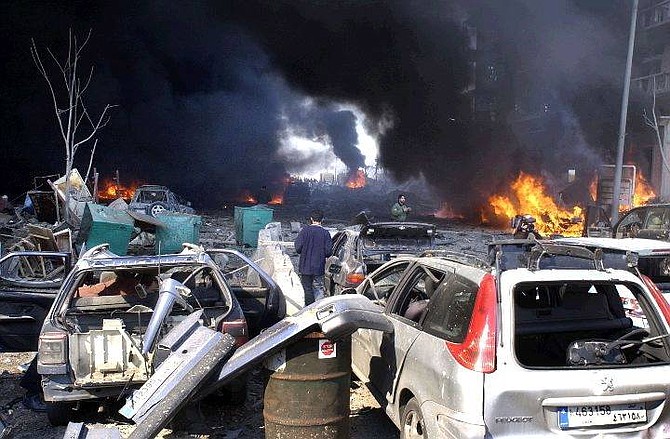 Destroyed vehicles litter the site of a massive bomb attack that tore through the motorcade of former Prime Minister Rafik Hariri in Beirut, Lebanon Monday, Feb. 14, 2005. Hariri, who resigned last fall following a sharp dispute with Syria, died in the blast along with at least nine other people Monday. About 100 people were also wounded in the assassination, which raised immediate fears that Lebanon, largely peaceful since the 1990 end of its civil war, would be plunged into a new cycle of violence. (AP Photo) 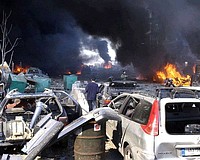