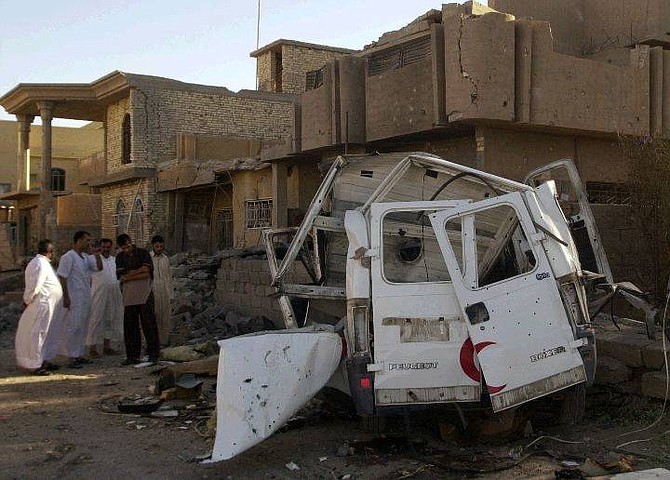 Local residents look at a destroyed ambulance belonging to the Iraqi Red Crescent, after U.S. warplanes and artillery bombed the Sunni insurgent stronghold of Fallujah, Iraq, Monday Sept. 13, 2004. The ambulance, which was rushing from the area of the blasts was hit by a shell, killing the driver, a paramedic and five patients inside the vehicle, said Fallujah General Hospital official, Hamid Salaman. The U.S. military said the bombings were part of a precision strike on a site where several members of an al-Qaida-linked group led by Jordanian-born terror suspect Abu Musab al-Zarqawi were meeting, At least 20 people were killed, including women and children, and 29 others wounded, in the bombing, according to another hospital official. (AP Photo/Bilal Hussein) 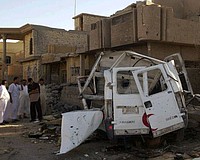