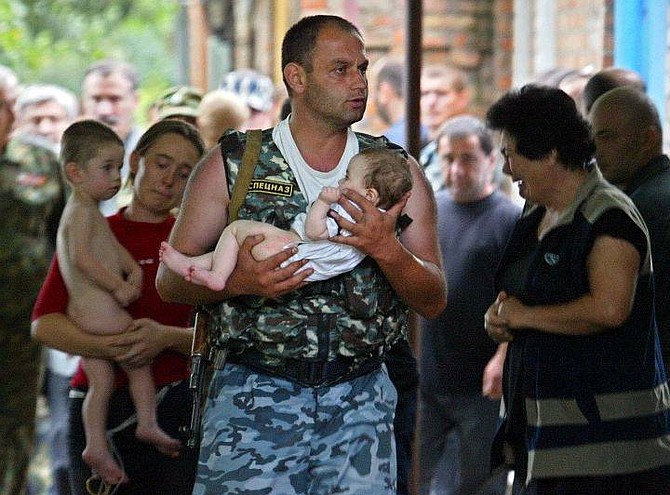 A special forces soldier carries a baby as a woman follows carrying a child after being released by militants in Beslan, North Ossetia, Thursday, Sept. 2, 2004. Heavily-armed militants released at least 31 women and children on Thursday from the provincial Russian school where they are holding more than 350 hostages for the second straight day, officials said. (AP Photo/Sergey Ponomarev) 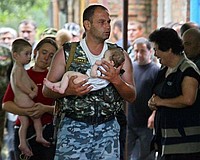