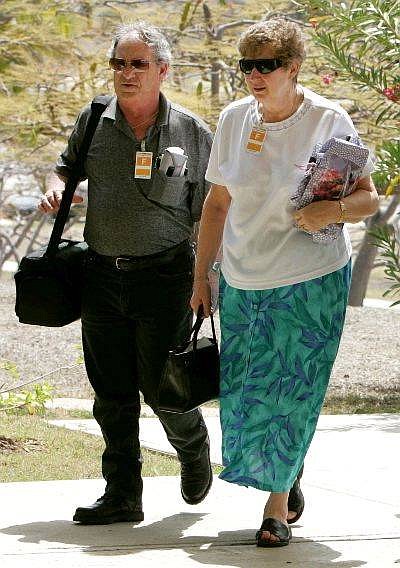 Terry Hicks and his wife Bev arrive at their hotel where tomorrow they will attend there son&#039;s David Hicks preliminary hearing on Guantanamo Naval Base August 24, 2004 in Guantanamo Cuba. On Tuesday, Aug. 24, preliminary hearings will begin for four suspected terrorists charged by the U.S. with war crimes as they appear before a commission of five military officers. (Photo by Mark Wilson/Getty Images) 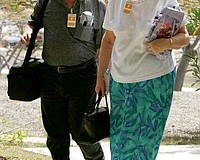