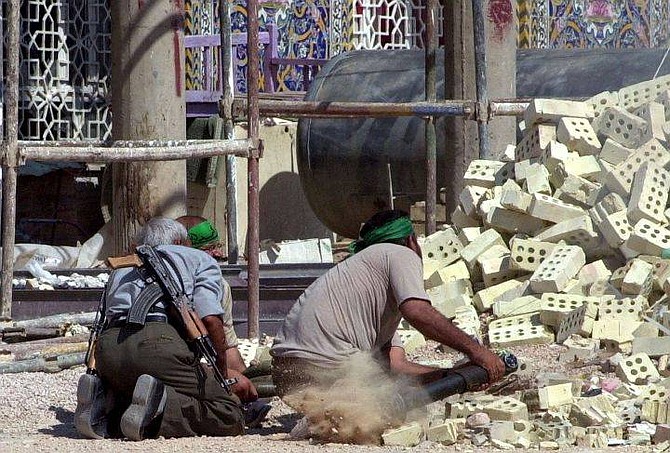 Insurgents fire a weapon in the holy city of Najaf, southern Iraq Wednesday Aug. 11, 2004. Fighting in Najaf entered its seventh day, with Iraqi police manning checkpoints that cut the holy city in two. No U.S. casualties were reported in the fighting, which took place near the Imam Ali shrine, one of the holiest in Shia Islam. (AP Photo/Hadi Mizban) 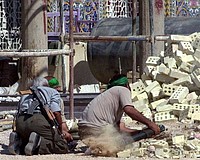