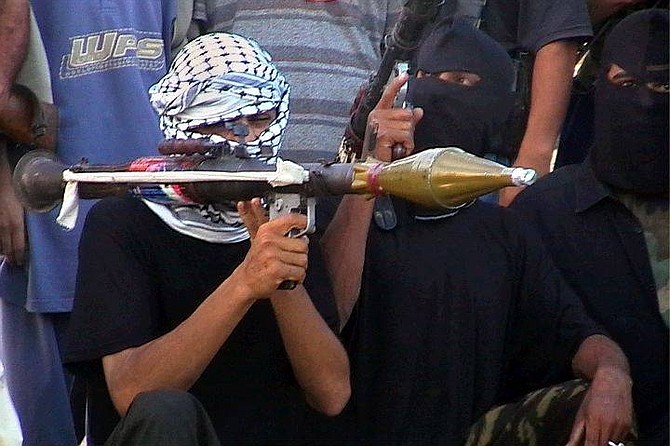 Mahdi Army insurgents carry weapons of the streets of Amarah, Iraq, Tuesday, Aug. 10, 2004. Clashes in Amarah, Najaf and Baghdad&#039;s Sadr City neighborhood have shattered a series of delicate truces worked out two months ago that ended the Mahdi Army&#039;s first uprising, which broke out in April. (AP Photo/Haider Hany) 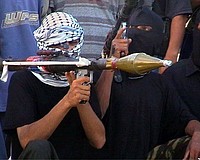