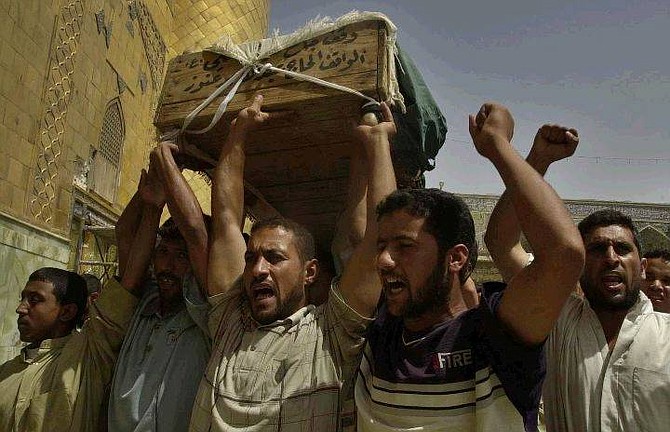 Shiite Muslims chant as they accompany the body of a fighter loyal to Radical Shiite cleric Muqtada al-Sadr, who was killed during clashes with U.S and Iraqi National guard forces, during his funeral procession in the holy Muslim city of Najaf, 100 miles (160 kilometers) south of Baghdad, Iraq Saturday Aug. 7, 2004. Sporadic explosions and gunfire echoed through the holy Shiite city of Najaf on Saturday after two days of intense clashes between U.S. forces and Shiite Muslim insurgents that marked some of the bloodiest fighting in Iraq in months. (AP Photo/Hadi Mizban) 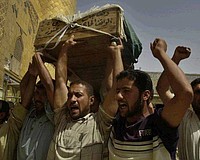 Iraqi prime minister announces amnesty for some in insurgency