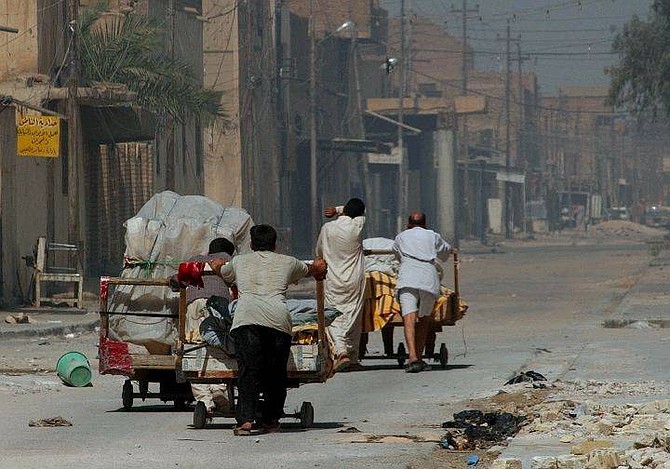 Iraqi civilians flee from their homes with their belongings to look for a safer place during the second day of clashes between U.S. army and Iraqi National Guards with al-Mahdi army fighters loyal to radical Shiite cleric Muqtada al-Sadr in the holy Muslim city of Najaf, 100 miles (160 kilometers) south of Baghdad, Iraq, Friday Aug. 6, 2004. U.S. helicopters attacked militants hiding in a cemetery near the Imam Ali Shrine in the old city at Najaf&#039;s center, where smoke could be seen rising. Gunfire and explosions rang out as U.S. soldiers and Iraqi policemen advance toward the area. (AP Photo/Hadi Mizban) 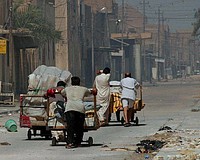