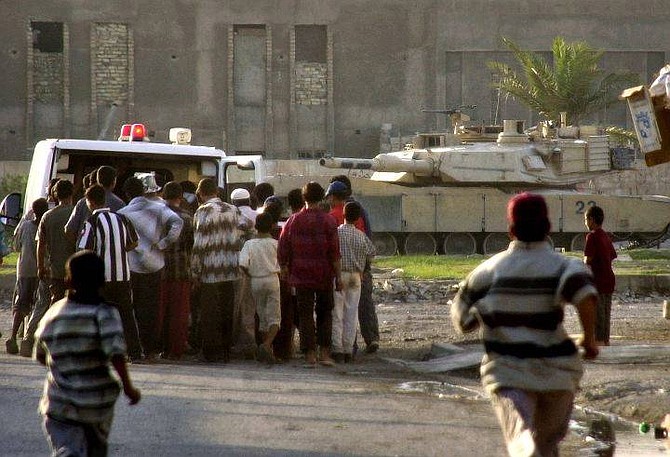 An American tank stands by as the crew allow time for an ambulance to pick up a Mahdi army injured man and another casualty from the fighting between Al-Sadr&#039;s men with U.S. troops in the Baghdad neighbourhood of Sadr City, Iraq Thursday Aug. 5, 2004. Insurgents loyal to radical Shiite cleric Muqtada al-Sadr fought fierce clashes Thursday with U.S. and Iraqi forces in the holy city of Najaf that quickly spread to other Shiite areas. (AP Photo/Mohammed Uraibi) 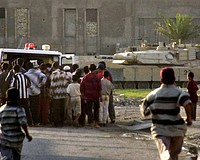 Al-Sadr militia clashes with U.S. and Iraqi forces in Najaf