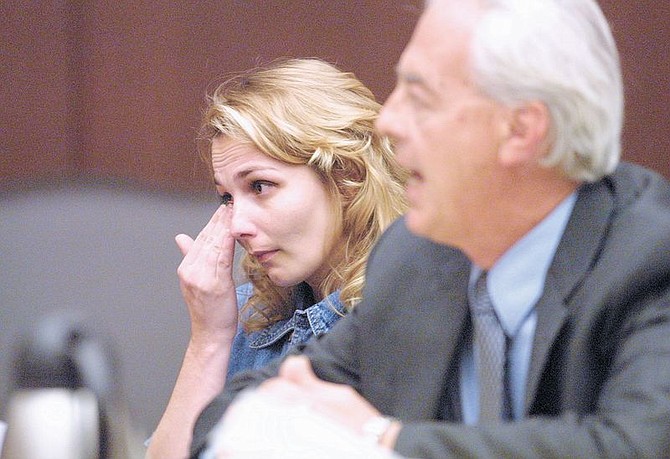 Convicted killer Sandy Shaw listens to her attorney William Terry talk to the Nevada Board of Pardons on Thursday afternoon, June 6, 2002 at the Supreme Court in Carson City. Shaw has spent the last 16 years in prison for the Show-and-Tell killing of James Cotton Kelly in 1986 in Las Vegas. The board denied Shaw&#039;s request for clemency. 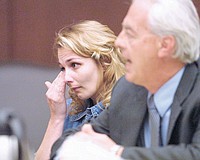