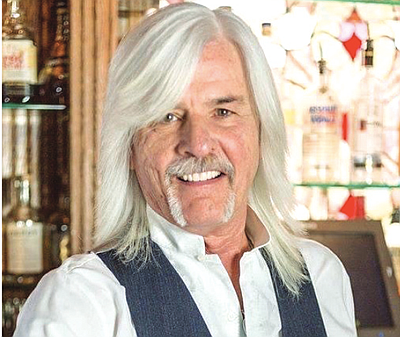 Anthony “Tony” Stephen Pearl passed away unexpectedly on December 31st, 2022. He was only 64 years old. His family was heartbroken to lose him so soon.

Tony’s Hebrew name was Avraham. He attended Hebrew School at Marev Temple in Encino and graduated from Taft High School in the mid-1970s. Tony was the epitome of the California Surfer Dude, he loved finding adventures.

Tony married his first wife, Julie at 17 and soon started a family with his two daughters. After they divorced Tony made his way to Lake Tahoe and met his soulmate, Brooke Luckey. Brooke and Tony often described their first meeting as kismet.

By the late 1990s, Tony became a well-known handyman in Gardnerville. No job was too small. Family dinners were interrupted by desperate calls to rescue wayward bats or fix light fixtures. During one call, Tony took it upon himself to put out an unattended fire—and was immediately invited to join the volunteer fire department. Everywhere Tony went—he quickly embedded himself in his community.

Tony LOVED to cook and the accolades for his homemade beef jerky soon kickstarted his next career as the front man to Tahoe Tony’s Jammin’ Jerky. Tony’s banana-yellow jerky delivery van could be seen all over the Carson Valley and beyond.

By 2018, Tony’s step-daughter had her first child and Brooke eagerly packed him up along with the furniture, uprooting this stubborn man to Florida to begin anew role as grandparent.

A virtual attendance option will also be available.

Tony’s family would like to embrace you all and hope to share this special day of remembrance. A GiveSendGo.com fundraiser has been established to help the family with final memorial expenses under Tony Pearl’s name.