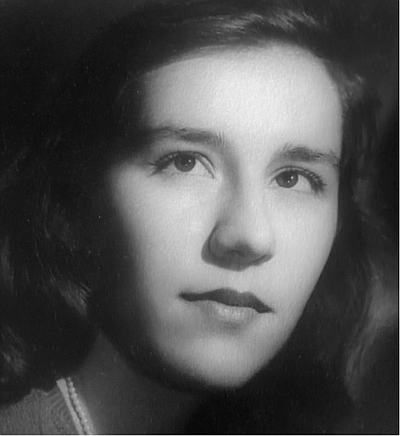 Patricia (Patti) Joan Rose, 87, passed away peacefully in her home on January 5, 2023, closely following her husband of 69 years.

Patti was born in Boston, Massachusetts on June 21, 1935, and adopted as an infant by Harold F. and Georgia Pullen.

Her father being a Captain in the Navy, Patti had quite an adventurous upbringing. Their family lived everywhere from Massachusetts to Washington state, from Cuba to Hawaii, to name only a few. Her father was stationed in Pearl Harbor during the bombing in 1941. Patti
remembered being on the beach that day, and shared stories from her experience.

At 17, she met the love of her life, Donald Robert Rose, and they were married December 20, 1953 inNovato, California.

They moved their family to Carson City in 1965, and built their forever home there in 1979.

Patti was the Queen of Crafts and Cooking. She enjoyed entertaining and feeding friends and family. During holidays, the baked goods never stopped rolling out of her kitchen. She crafted a countless variety of things, selling some at local craft fairs, teaching classes, and sharing her love of crafting & cooking with her children, grandchildren, and great-grandchildren. For many years Patti also led the Hug-A-Bears program through the Pioneers club. She and a group of friends made thousands of stuffed bears to give to children in traumatic situations, bringing comfort too many young lives.

Patti was preceded in passing by her husband Donald, on December 9, 2022, her parents, and her sister.

As per Patti’s wishes, there will be no formal service. A private memorial will be held at a later date.