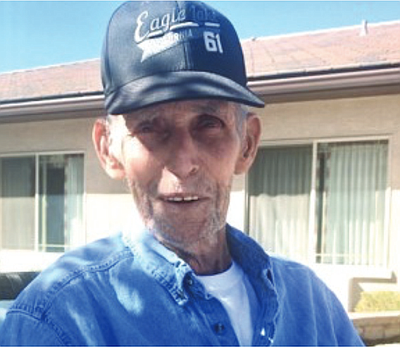 After a courageous battle with dementia, Lester (Bill) Wass passed away May 9, 2022, in Reno, Nevada with his daughter Jennifer by his side. He was 89 years old. Bill was born in Mariposa, California to parents Dick and Florence Wass. He was one of 20 children.

After his Honorable Discharge from the Navy, Bill married and became the father of Jennifer, Donald and Yvonne, settling in Carson City, Nevada in the mid-1960’s. After divorcing, Bill relocated to Kings Beach, California, moving back to Mariposa in 1995 to reestablish
his life where he grew up, and to his property that was part of the original Wass family homestead.

Bill worked his adult life in the construction field becoming an owner of Fairway Excavating in Kings Beach until he retired. He loved the work he did and always said “if you love what you do, it is never feels like work.”

He was generous to family, friends and strangers. He was a “handshake guy” who trusted people to keep their word, and a hardworking man that took pride in doing a job “right”.

Bill was active in his community and enjoyed events with his immediate and large extended family. He loved riding and owning horses, horse pack trips in the Yosemite Mountains, hunting, fishing and camping, his property called “The Barn”, napping, cookies and spending time with those he cared about.

He is preceded in death by his daughter, Anna Yvonne Wass, his parents and several siblings.

Bill was a devoted Dad, Grandpa, Great-Grandpa, Son, Brother and Friend and he will be horribly missed.

At his request, his ashes will be buried at sea by the U.S. Navy. Special arrangements are being made for his military burial ceremony to be on a destroyer.

The family would like to thank the management and staff at Stone Valley Memory Care, the Renown Hospice Team and specifically nurses Katie, Sam, Joanie and Nancy for the excellent and loving care given to Bill. They all were “a light in our storm.”