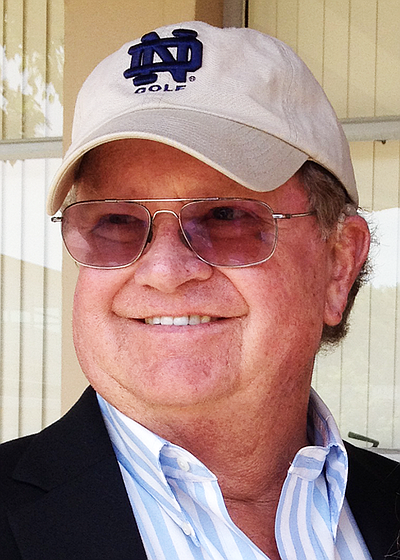 Richard Mark “Hutch” Hutchings passed away peacefully on April 1, 2022 at the age of 78
in Genoa, NV, after a short battle with Gastric Cancer. Richard was born in Meadville, PA.
Shortly after, the family moved to Huntington in Long Island, NY, where he graduated from
Huntington High School. Richard went on to graduate from the University of Notre Dame,
South Bend, IN, with a BS Degree in Aerospace Engineering.

Upon graduation Richard was employed by the then Grumman Aircraft Engineering Corp.
One of his first assignments was the testing of the landing gear of the Grumman Lunar
Module (LEM). With the formulation of Grumman Data System Corp (GDSC) he joined the
Grumman Flight Test department in Calverton, NY working on various aircraft flight test
programs including the EA-6B, F111-B, A-6A, F-14 and Gulfstream IV. He moved a team
of engineers and programmers to Munich, Germany to work on the Messerschmitt Tor-
nado swing wing fighter flight test program. Upon return to the states 18 months later, he
headed up and moved a team to Point Mugu Missile Test Center (PMTC) in Oxnard, CA,
to install a state-of-the-art flight testing computer system. Later in his career, he founded
a tech consultancy Special Systems Technology, was a senior program and business de-
velopment manager for Whittaker Electronics Systems, and worked in business develop-
ment and sales for Weiler Corporation before retiring in 2003.

Family was everything to Richard. His mother instilled a strong sense of family he carried
forward throughout his life. He especially took great joy and pride in his role as a husband,
father, and grandfather. He is survived by his loving wife Sher; his two beautiful and caring
daughters, Karen (Marty) Olivero and Sandra Hutchings; his three amazing and supportive
sisters and brothers-in-law, Ann (Karl) Weiler, Martha (Bob) Valicenti and Mary Jo (Barry)
Beswick; his stepson Mike (Sarah) Linder; his grandchildren Caroline and Xander Olivero
and Jade and Jordan Linder; and his nephews and their families: Rich (Bobbie Jean)
Weiler, Chris (Jen) Weiler, James Weiler, Thom (Meera Mathur) Valicenti, David (Dáleth)
Valicenti, Jeff (Whitney)Beswick, and Doug (Amy) Beswick. He is also dearly missed by his
adoring dog Rosie.

He was preceded in death by his parents George and Katherine Hutchings.

Richard met and fell in love with Sher Linder on Memorial Day 1993 in Simi Valley, CA.
They married in 1999 and shared many adventures together including their move to Ge-
noa, NV, in 2007. He loved to travel and was a captivating storyteller, happy to share his
adventures and experiences with all. “Hutch” was also an excellent golfer, who prided his
holes-in-one but more importantly loved the competition and comradery of playing and
traveling with his golf buddies from both Genoa Lakes Golf Club and Wood Ranch Golf
Club in Simi Valley, CA. He loved Genoa, all the beautiful scenery, and all the wonderful
friends he had made over the years.

Richard’s family will host a celebration of his life at Genoa Lakes in June.