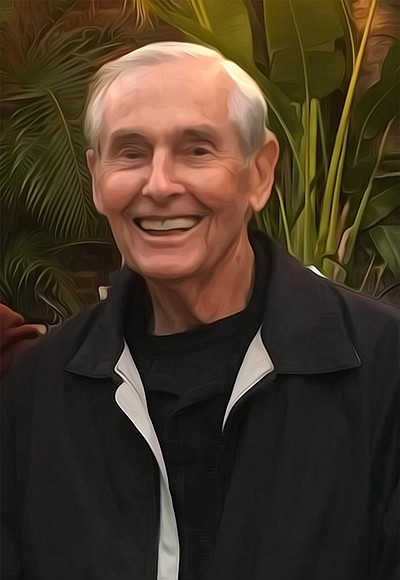 A renowned educator for almost 40 years, Hal served in a variety of capacities in California schools including as an English & PE teacher, guidance counselor, track coach, vice principal and district office official. The first principal of both Los Amigos and Torrey Pines High Schools in S. California, Butler culminated his outstanding professional career at Douglas High School in Minden, Nevada. During his tenure at DHS, Hal initiated a variety of innovative educational programs that greatly enhanced the quality of the school with the current media center named after him upon his retirement. In addition, the DHS Guidance program was honored with a national award in Washington, D.C. because of its remarkable occupational education service initiated under the wise and supportive tutelage of Principal Butler.

During the 1950’s, Hal was an outstanding runner with an all-time world ranking in the 880; he also was a member of a world record distance medley relay team. His love of athletics shone through his excellent abilities at tennis, skiing and hiking, all passions he passed on to his three children. He even learned to scuba in his late 60’s and trekked to the base camp of Mt. Everest when he was 69. Hal Butler’s final major accomplishment as an athlete was a four-day backpacking hike up and down the Sierra Nevada Mountains of Baja California Sur, Mexico. He was 84 at the time.

Before and during retirement, Hal and wife Vickie became avid travelers: the USA, Western Europe, China, Thailand, Costa Rica, Panama, Kenya, Tanzania and Mexico were among their many journeys. Hal was an open minded and curious person with a great appreciation for new cultures and landscapes.

Always an active member of various service and school accrediting organizations wherever he lived, Hal also had served as the President of two Rotary International Clubs. When the Butlers moved part-time to Todos Santos, BCS, Mexico thirteen years ago, Hal became involved with the Palapa Society of Todos Santos and served as the Board Treasurer for many years. Today, the Palapa Society’s Learning Center is considered an educational gem of the community, housing a 10,000 volume library, 7-12 school, and afternoon and evening English language instruction for students and adults. Butler’s experience, education and love of learning has contributed much to the growth of the Palapa Society Learning Center. He has been called a Patron of the Palapa Society.

Hal Butler was truly a renaissance man with a deep love and appreciation for poetry, nature, athletics, and the arts. Throughout his life, Hal was a true gentleman, the epitome of dignity, compassion and grace. He was a model as to how one should treat every individual, no matter the age, sex, race or station in life. A man of great integrity, he lived a life true to his values.

His Celebration of Life will be held at a later date.