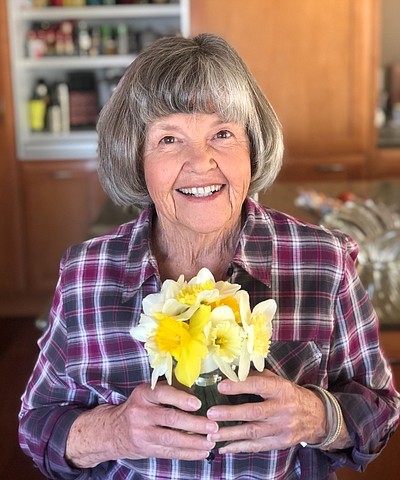 Joanne Marie Ligtenberg passed away peacefully in her sleep on April 9, 2022, at the age of 76 years old.

Joanne was born in Upland, California on January 22, 1946, to Rudolph and Drusilla (Pedersen) Iest. She had five brothers [Richard, John, Charles, Rudolph (deceased), and Robert] and one sister (Drusilla). She married Roger Fred Ligtenberg on April 3, 1964. In their early married years while living in Southern California they brought three daughters into the world. In July of 1975 the family relocated to Fallon, Nevada where they had purchased a dairy farm. In 1981 the family moved to Carson City, Nevada. While in Carson City, Joanne was a real estate agent for several years for Lakeview Estates.

Joanne was an avid hiker, enjoyed traveling, and most especially loved to spend time with her children and grandchildren. She was a devoted member of the Village Presbyterian Church and took enjoyment in volunteering at the church thrift shop. She was also a member of the Sierra Desert Garden Club for many years. Joanne had an infectious smile and was a friend to all.

Funeral services will be held at The Village Presbyterian Church in Incline Village, NV on May 14, 2022, at 11:00am. A celebration of life party will follow at The Big Water Grille. In lieu of flowers, please send donations to the Alzheimer’s Association (alz.org) in memory of Joanne Ligtenberg.

Arrangements are in the care of Autumn Funerals & Cremations.