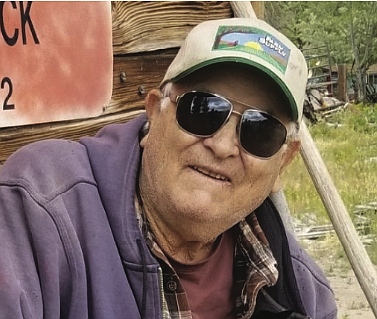 Born to George and Lois Washburn on May 9, 1942, Bill grew up on the family farm, where developed his passion and love for the land and farming.

Attending Churchill County Schools, he graduated high school in 1960 and was always active in 4-H and Future Farmers of America, earning many awards for crop and livestock production, including the Nevada State Farmer and American Farmer awards.

Bill married his high school sweetheart, Gwendolyn Matthewson in 1961, with whom he spent 54 years of marriage, working together to expand and improve their farm until her passing in 2016.

Agriculture was in his heart and soul and as a steward of the land he was always working to improve irrigation efficiency and crop productivity. He served the community as a Farm Bureau member and Lahontan Conservation District board member. Bill was also a great supporter of youth in agriculture, being a frequent buyer at youth livestock shows, as well as sponsoring awards for many years.

Along with working with his own farm, doing custom haying around the valley, and running cattle, he also drove a truck for many years hauling ore, sea containers, cattle and even fuel at NAS Fallon.

Bill was proceeded in death by his mother, Lois (Hatch) Washburn, father George Washburn, wife Gwendolyn (Matthewson ) Washburn and daughter-in-law Tutie (McBroome) Washburn, all of whom he has joined in Heaven.

The family asks that in lieu of flowers, donations can be made to the Churchill County FFA.