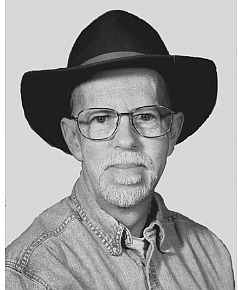 John Merton O’Neill was born on September 30, 1932, to Hazel Spanganberg O’Neill and John Merton O’Neill. He passed away on February 14th, 2022,
at his home overlooking the beautiful Carson Valley in Minden, Nevada.

John O’Neill was a composer, mostly of music for young string players . . . music that was playable, fun, sometimes a little serious, and well received by performers and audience alike. A native of upstate New York, John was born in the beautiful Finger Lakes Region south of Rochester. He graduated from Red Jacket Central School in Manchester, New York.
He went on to receive degrees in music theory and composition from Ithaca College and The Eastman School of Music where he studied with Warren Benson, Bernard Rogers, Kent Kennan and Wayne Barlow.

John taught various aspects of music at the elementary, secondary, community college and university level for over thirty-five years. He conducted community and semi-professional orchestras in New York State and the San Francisco Bay Area from 1961 to 1982.He was a guest conductor of the Reno Philharmonic in performances of several of his compositions. John was a yearly recipient of an ASCAPlus Award since 1994 and has had scores in the catalogs of Ludwig Masters, FJH, Grand Mesa, TRN, Alfred, Belwin, Belwin-Mills, Kendor, Warner Bros., Bourne, and Imagine Music.Six of his scores received the J.W. Pepper, “Editor’s Choice” award... His publications are now in the music libraries of middle schools, high schools and colleges throughout the United States and Canada.

In lieu of flowers donations can be made to the Reno Philharmonic Youth Orchestras https://www.renophil.com/rpyo/