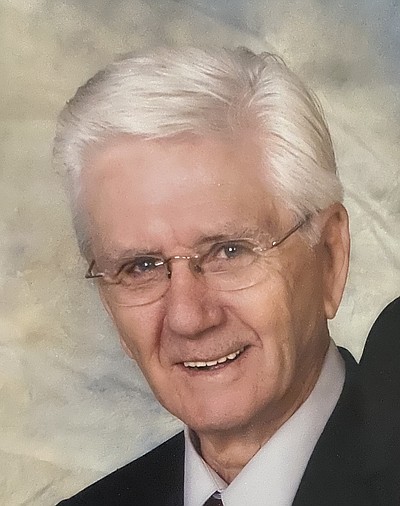 Long time Carson Valley resident, Richard V. Ernst passed away on June 7, 2022, at age 93. He was born in Missouri but migrated to California with his family as a young man. He tried a variety of occupations, including as an oil rig roughneck. During the Korean War he served in the Army, a member of the 720th Military Police Battalion, posted to Japan. He was proud of his service to his country.

His path to life in Nevada came through a move to South Lake Tahoe in the early 1960s, followed by his final move to the Carson Valley in 1967. He and his wife, Evelyn J. Ernst (Jan) made their home there and loved life in the beautiful valley with its open spaces, ranches, and mountain vistas.

Richard retired from the Nevada Department of Parole and Probation, and with Jan, also retired, traveled extensively throughout the U.S. in a 5th wheel with friends and family. They spent many winters in Arizona; Richard loved Carson Valley but was not fond of cold weather.

Richard Ernst was preceded in death by his wife of 54 years, Evelyn J. Ernst; his parents, Valle and Agnes Ernst, and his 5 brothers. He is survived by two daughters, Anita Ernst Watson (Steven) and Deana Ernst Jones; four grandsons, Andrew Watson (Stefanie), Joshua Watson (Ciarra Proulx), Evan Jones (Cassandra), Lucas Watson (Cassandra Lee); 10 great-grandchildren; one great-great-grandchild; a sister, Carole Ernst; and a multitude of nieces and nephews, and all the “greats.”

A graveside service is scheduled for Friday, July 1, 11:00 am, at Eastside Memorial Park, Minden, Nevada. A reception will follow in the Eastside Chapel.

In lieu of flowers, the family requests donations in Richard’s name to Honor Flight Nevada (HonorFlightNV.org)