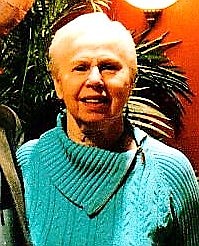 Faye was born in Long Beach, CA to Jess and Agnes Bethea. In 1959 Faye meets the love of her life on a blind date. Roy & Faye were married on February 20, 1960 and had just celebrated their 62nd anniversary together. They had two wonderful children. Faye volunteered at the Pacific Hospital in Long Beach and later went to work in X-ray. Years later she changed jobs and went to work for the Woodruff Community Hospital and became a chart analyst for them.

Roy and Faye moved to Carson City, NV in 1981 and built a home. While building Faye went to work at Mervyns department store and stayed for seven years. All while going to school to become an EMT, as she was a Reserve Sheriff in Search and Rescue for 16 years. That now being enough, she and two other ladies from church wrote 50 letters a month to the troops during Desert Storm. For over 10 years she made many Military friends.

Faye was a member of the Calvary Chapel Church in Carson City, NV. She will be remembered for her yearly Christmas Letters and Poems. She was a very Loving Person. Faye is survived by her husband Roy P. Semmens; her son and daughter Roy A. Semmens (AZ) and Donna Semmens (FL); older sister Louise Cross (CO) and her younger brother John Bethea (CA).

Faye was my wife, my best friend, and my lover. As per her request, there will be no services held.