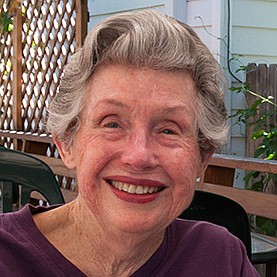 Dorothy was born in Stockton, California and held a bachelor’s degree from UC Berkeley as well as a master’s degree in Library Science from UCLA. Dorothy was Director of the Peninsula Center Library in Rolling Hills, CA before she retired to Gardnerville in 1987.

Dorothy was preceded in passing by her husband George. Both were active in the Siera ham radio club. Dorothy was an active member of Bernina sewing club as well as University Women. Her interests were sewing, reading and gardening.

She is survived by her three children Susan, Charles and David as well as four grandchildren and three great grandchildren.

As per Dorothy’s wishes, no service will be held, and any donations should be made to the Alzheimer’s Association.