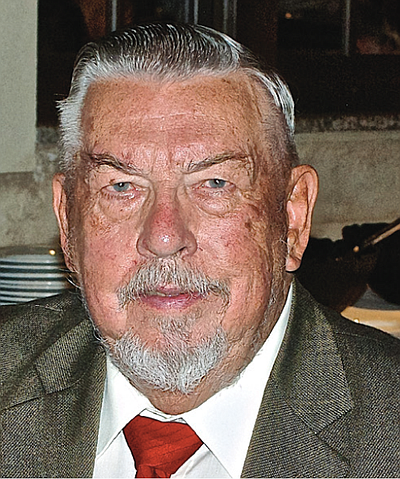 Thomas A. Becker of Gardnerville, NV, passed away peacefully at the age of 87 on December
16th with his wife, Arlene, of 64 years by his side.

Tom was born in Pittsburgh, PA to Andrew and Catherine Becker. Tom and Arlene married in 1958. They later relocated to Fullerton, CA where they raised their four sons. They retired to Gardnerville in 1995.

After serving in the Army, Tom received his degree in Electrical Engineering from Carnegie Mellon and a Masters at USC. He eventually specialized on sonar systems for the Navy working for Autonetics, Rockwell and retired from Boeing.

Tom was an adventurer and traveler. He loved the outdoors, backpacking, photography and traveled the world with his wife. He greatly enjoyed music and sang for many decades in choral groups both in California and locally here in Nevada.

He is survived by his wife, Arlene, two of their sons, Doug (Sandy) and David (Rosa), and grandchildren, Carli, Jessalynn, Keith, Jarrod, Nicole and Jeffrey, and two brothers, Andrew and Richard.

Funeral Services will be held at St. Gall Catholic Church on January 6th with a viewing at
10:00 AM and a service at 11:00 AM.

He will be greatly missed.