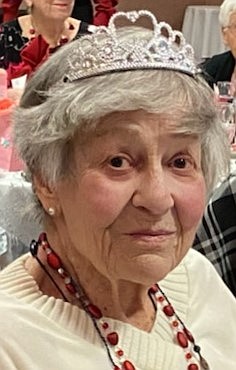 On April 22, 2022, Joan Allen Lovelace (94) passed away peacefully in her home with her children by her side.

Joan was born June 26, 1927, to Clarence and Marjorie Allen in Donora, PA., She attended Friends High School in Newark, Delaware, and Stratford College in Virginia.

She met the love of her life, Donald Eugene Lovelace (passed in 2016), in 1946 and they were married June 26, 1948, in La Jolla, CA. Joan was a long-time resident of Carson City, active in many local groups including Girl Scouts for over 50 years, St. Peters Episcopal Church, and Beta Sigma Phi Sorority.