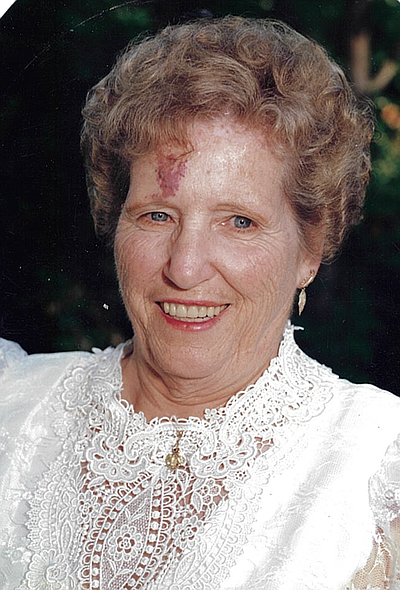 May Belle “May” Walmsley

May B. Walmsley, a long-time resident of Dayton, Nevada, passed away peacefully on July 28. 2021, at the age of 93. May was born on April 30, 1928, in Belle Fourche, SD to Vern and Gladys Cadwallader. Her family moved to Dayton in 1936, where she attended Dayton schools and later married Ray Walmsley on June 5, 1947.

May was a homemaker, while working in the Dayton PO, then driving bus for Dayton Schools, and working on the election board during voting days. She was later employed as a baker and cook in the middle & high school cafeteria. May was active in the community, being one of the founders of the Dayton Fire Belles, a member of the Dayton Historical Society, and the writer for the Dayton Weekly News for The Mason Valey newspaper.

May and Ray were active in square dancing and round dancing with the Capitol Cut ups and also enjoyed playing pinochle and cribbage. May enjoyed sewing, crocheting, gardening, canning, and cooking, and was known for her beautiful roes.

May is survived by her daughter, Jerry Walmsley, and sisters Rosie Maker and Margaret Clarke, as well as 18 nephews and nieces.

A Celebration of May’s life will be held on Saturday, April 30, 2022, at 10:30 a.m. at the Calvary Baptist Church in Dayton, with a reception to follow at the Dayton Community Center. Arrangements are in the trusted care of Autumn Funerals & Cremations.

To View the online memorial and sign the register book, please visit www.autumnfuneral.com.