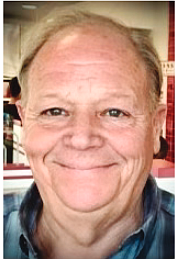 After serving in the Nevada Air National Guard, Neil launched Weaver Aircraft in 1988, an award-winning aircraft restoration and maintenance company. A visionary and perfectionist, he won many awards for his restoration projects. He was a commercial and private pilot who shared his love and expertise of aviation with many people.

Neil had a formidable intellect with wit and sarcasm in spades. The kind of guy who when asked by a maître d if he had reservations might reply, “Yes, but we’ve decided to eat here anyway.” He was a patriot and fierce Republican, and exceedingly generous to those he cared
for. At the risk of overusing flying terminology, Neil could be a headwind, crosswind, and tailwind. He certainly elicited strong reactions in people, but to paraphrase Dr. Seuss, “...Those who mind don’t matter and those who matter don’t mind.”

In Lieu of flowers, please send donations to the Planes of Fame Museum in Chino, California, which held a special place in Neil’s heart. Donations can be mailed to: 14998 Cale Aero Drive, Chino, CA 91710 https://www.planesoffame.org