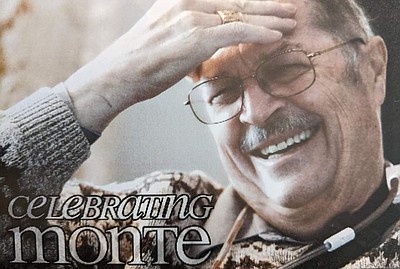 Monte C. Fast, 85, began his eternal life on October 19. He died at home, surrounded by his family.

Growing up in Oregon, Monte devoted his life to working with youth, leading church camps, conferences, and missions, coaching baseball and leading Boy Scouts. Monte moved to Carson City in 1984 and loved the community from the moment of his arrival. His work in Carson City began as the Director of Christian Education at First Presbyterian Church.

In 1988, he accepted the role of Executive Director at Friends In Service Helping (FISH). He was instrumental in restructuring FISH and securing the current location on Long and Carson Streets. He worked with The Nevada Legislature and United States Congress to secure the FOCUS House shelter for the organization. Under Monte’s leadership, thousands of volunteers provided food, clothing, and shelter to countless people in need.

After retiring from FISH, Monte shepherded a small congregation of international, snow-bird retirees in Yuma, Arizona. While preaching and singing at the Palms RV Resort, Monte baptized and married some of his parishioners and maintained his friendship with many of his friends at the Palms across international borders and doctrinal divides.

Prior to coming to Carson City, Monte and his wife Billie raised three sons in Oregon. Monte was a pastor, a teacher, a musician, an author, and a philanthropist.

He is survived by his wife, Billie; son, Jeffrey; and grandchildren Anna, Grace, Hanna, Adina, and Katrina.

The family will hold a memorial service after the holidays.