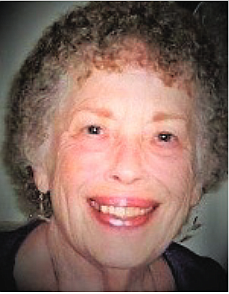 Arlene Mae Lombardo entered eternal life peacefully from her home in Gardnerville with family by her side on May 6, 2021 after a long struggle with Alzheimer’s.

Arlene was born on August 23, 1933 in Blue Island, Illinois to Harry and Hazel Miller. She was the youngest of three children.

On August 16, 1952, Arlene married the love of her life, Michael Anthony Lombardo Jr. Soon afterward, the couple left Blue Island to follow her brother Harry and his wife Eleanor to sunny southern California. Arlene’s sister Joan, her husband Hubert Dykstra, along with their parents eventually also relocated to California.

Over the next 22 years, Mike and Arlene raised their four children and were foster parents to 11 more. They moved to Gardnerville, Nevada in 1974 following Mike’s retirement from the LAPD. Once here, a family project of building their log-style home commenced. In the later 70s, Arlene returned to the field of banking where she had originally begun as a high school student. She was employed by First Interstate Bank, which later merged with Wells Fargo from where she eventually retired from bank management.

Arlene was an active member of Trinity Lutheran Church for 47 years and served there in many ways, including as the treasurer for nine years. She was passionate about her Savior, her family, horses, gardening, and counted cross-stitch. Arlene also loved to travel. She and Mike enjoyed three cruises before his death in Dec. 1999. Later, she met a dear friend and traveling companion, and the two traveled to many parts of the world.

Arlene was preceded in death by her husband, youngest son Dominic, grandsons Timothy and Michael IV, her siblings, and their spouses.

A celebration of Arlene’s life will take place at Trinity Lutheran Church, 1480 Douglas Ave. in Gardnerville on June 26 at 11:00am.