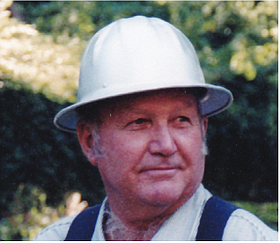 George Henry Barff passed away in his home on Saturday May 1st, 2021 with his wife Gayle by his side. He was 84 years of age.

George was born January 18th, 1937 and spent his youth in Little River, California. He attended Mendocino High School, where he lettered in sports and graduated with honors. He married Ernestine Alameda on July 3rd, 1957 and they later settled in Nevada where they built a home near Carson City and raised their two sons. After Ernestine passed away, he married Gayle Daufel on July 30th, 2010 and they moved to Yerington, Nevada.

George was well known as a hard worker. As a young man in California, he worked in logging camps. From there he operated heavy equipment on jobs such as Squaw Valley for the 1960 Winter Olympics and improvements at Sand Harbor, Lake Tahoe. Later in Nevada he became the owner of Clearview Construction and worked on countless commercial and residential projects in the Carson City and Reno area. For several years before his retirement he worked with NV Energy. He was easily recognizable in his tin hard hat, logging boots and pants.

George enjoyed sharing his talents and resources. For instance, he would volunteer building Kingdom Halls in the northern Nevada area. He flew friends in his small aircraft across the Western States. While traveling, he was quick to help stranded motorists with clever repairs. He enjoyed entertaining everyone with his music, quick wit, and story-telling.

Throughout his life he truly lived up to his motto- “Challenges the Impossible”. He will be dearly missed.

An online Memorial service will be hosted by the Yerington Kingdom Hall of Jehovah’s Witnesses on Sunday May 23rd at 4pm. If you would like to attend, please contact 775-463-5506 for more information.

George will be interned in the family cemetery in Little River, California later this year.