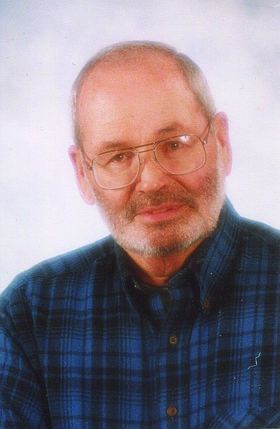 John Henry Cloepfil, 84, passed away from cancer on April 21, 2021 at the Missouri River Medical Center at Fort Benton, Montana, with Hospice.

John was born June 24, 1936 in Beloit, Kansas,to Lyle and Hazel (Atkins) Cloepfil. He was raised and educated in small towns all over Eastern Colorado. He attended college at Fort Collins, but left to join the Navy in 1955. He served four years, two and a half in Japan, and was honorably discharged in 1959 as a Teleman Radioman. After returning to Colorado, he worked construction and decided to return to college when winter came to the High Country. He attended college at Gunnison, Colorado where he obtained a Bachelor’s Degree in English, Sociology and Psychology. He taught at Mineral County School District, Hawthorne, Nevada for a few years. On April 19, 1968 he married a young lady, also teaching in Hawthorne, from Fort Benton, Montana, Leone Nagengast.

John and Leone moved to the Carson Valley (Minden, Gardnerville) in 1970 to teach and he enrolled at the University of Nevada, Reno, to pursue a Master’s Degree in Guidance Counseling. They adopted their son, Dean, at four days old that same year. All together John taught the young minds in Hawthorne for 7 years and Douglas County for 23 years, retiring from education in 1993.

After retiring, Leone and John traveled around the country in a red convertible for ten months. They returned to Leone’s home state of Montana, and chose to live in her hometown, Fort Benton, so they could “play in the dirt.” John loved Fort Benton, the Missouri River, the people, and how friendly everyone was. To keep active, John farmed for his brother-in-law Chuck for a few years, where he learned how to “tractor” and “duck feet”, as he called it. He volunteered to work at the BLM (Bureau of Land Management) and ran for city council, ward 1, in Fort Benton. He served 12 years. John was not a “joiner” but was a member of the Immaculate Conception Catholic Parish and Knights of Columbus 3911, at Fort Benton.

John called himself “The Last of the Cloephicans of the Lyle Clan” as he has no descendants, other than cousins. He claimed Leone’s large family as an extension of his. He had a wonderful relationship with his mother-in-law, Ethel, and all of Leone’s siblings and family members.

Please visit John’s online memorial page at www.bentonfh.com to leave a message of condolence for his family.