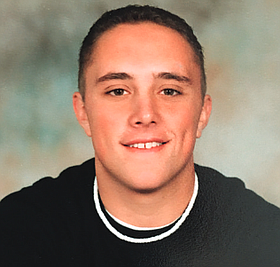 Josh Page was born in Carson City, Nevada on March 4, 1984, to David and Georgia Vann Page. He grew up in Gardnerville where he spent his childhood participating in many team sports, being a member of the Boy Scouts, skiing and snowboarding, hiking and camping.

He loved family get togethers, visiting aunts, uncles and grandparents and his many cousins. He played Varsity football at Douglas High School where he graduated with the DHS class of 2002. After high school he attended college at UNR and Southern Oregon University in Ashland, Oregon. He continued to backpack, hike and travel throughout his life. He traveled to Southeast Asia twice because he loved the culture and the people he met as he toured, Laos, Cambodia, Indonesia, Thailand, Viet Nam, and the Philippines.

He loved his friends and kept in contact with them throughout his life. Josh had a variety of jobs, one of his favorites being working summers on salmon fishing boats in the Bering Sea out of Alaska. He enjoyed the hard work and the challenge of the job, as well as all the fresh salmon he could eat, and he learned to cook delicious meals as he took his turn cooking for the boat crew. He later loved inviting friends and family to his place where they could all count on a good meal and an enjoyable time. He lived many years in Seattle, WA where he learned his craft of house painting before returning to live in Nevada for the past four years. He worked as the weigh master for Brunswick Canyon Materials, and then started his house painting business, “Josh Page Painting”.

He is predeceased by his grandparents Toni and Merrill Vann, Francis Mutoza and Joe Page, and his brother, David Page Jr.

Joshua leaves behind his parents; his siblings Teresa Benson, Nick Ouilette, Stephanie Clark, Rob, Kimberly, Jared and Jeremy Page, and Katherine Freeman; also, his constant companion who was a dog named Archer; many nieces and nephews who mourn their beloved
“Uncle Pinky” (referring to the loss of tip of his little finger due to as accident on the fishing boat); aunts, uncles and many cousins. Each feels the empty spot left by his passing and will greatly miss him.

A Memorial Service Open House will be held on August 21 from 2 to 5 p.m. at the Carson Valley Inn in Minden Nevada