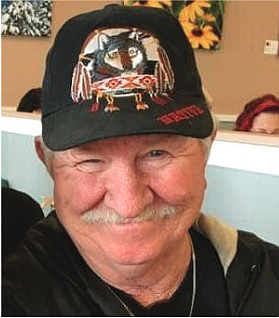 Eddy Steven Kawchack passed away December 4, 2020. Eddy was born in Hayden, Colorado to Steven P. Kawchack & Edythe M. (Eddy) Kawchack. He was the eldest of 5 children, the family moved to the Carson Valley area in 1967 shortly after Eddy graduated High School in Eureka, Nevada.

The Kawchack family started Kawchack Pump and Well Service were Eddy worked drilling wells until he bought his own drill rig and taught his son Brandon to drill wells. Where for a brief time there were three generations of licensed well drillers in the family being Steven, Eddy and Brandon. Shortly after Brandon’s death in April 1996, Eddy purchased A & H Pump and Well Service from his uncle Albert Eddy and started teaching his daughter Emily and later his grandson Haydn the well and pump business, where again for a brief time there were three generations working together on pumps. After his father Steven retired, Kawchack Pump and Well Service was continued by Eddy’s brother Tony where Tony and Eddy complemented each other’s pump and well services.

Eddy enjoyed playing guitar and teaching Brandon to play as well. He also loved spending his free time with his grandsons, cars, motorcycles, and dancing. His big smile and warm hugs will surely be missed.

In lieu of flowers the family requests donations be made to the American Cancer Society at cancer.org