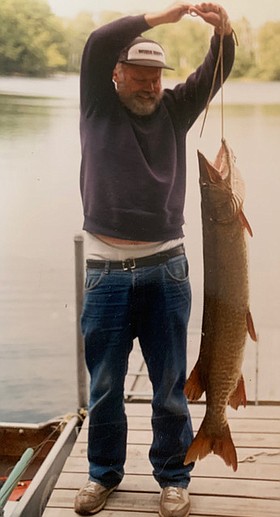 Curtis passed away at his home in Minden, Nevada
January 6, 2021.

Curtis was born in Madison, Wisconsin to Curtis and
Luella Martinson. (Luella Anderson) He was known by his
family as “Junior”. Curtis attended East High School in
Madison. After graduating he joined the Marine Corp and
he served for two years.

He returned to Madison and attended the University of
Wisconsin and Madison Business College. Curtis worked
for the City of Madison as an accountant.
When he retired he moved to his summer home on
Razorback Lake in Northern Wisconsin. He loved
that place. It was his pride and joy. He spent his days
canoeing on the lake and he loved fishing. As he got older
he didn’t enjoy the harsh weather of northern Wisconsin.
He moved to Minden, Nevada in February, 2003 to be
closer to his brother Duane Martinson and to enjoy the
milder weather that Nevada had to offer.

Curtis enjoyed traveling. He liked to head off on a road
trip to a place he had never been. He also had a passion
for traveling on cruise lines and has been around the
world a couple of times. With all his travels he was always
picked first as a teammate when playing trivia games
because of his trivia knowledge.
Curtis is survived by his brother Duane Martinson, a
nephew Glenn Martinson of California, a nephew Mark
Keithly of Colorado, a niece Marcie Dudek of Colorado
and a nephew, Mike Keithly of Nebraska.

Curtis was preceded in death by his parents, one brother,
Darrell Martinson and his sister Marjorie Keithly.

A Memorial service will be held at a later date and
internment at Roselawn Memorial Park in Madison Wisconsin.