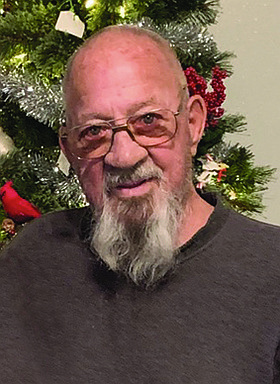 USMC Ret. Gunny Sgt. Eugene L Ewing (Gene) passed away surrounded by family in New Port Richey, FL on July 5,2021 where he lived with his daughter, Nancy Fitzgerald for the last six months of his life.

Gene was born October 2, 1930 in Franklin, Pennsylvania to Lenn and Florence Ewing. He is preceded in death by his wife of 61 years, Carolyn McDonald Ewing (Edjo), a son, Roy Ewing and a daughter, Teri Ewing.

He is survived by his daughters Nancy Fitzgerald (Steve) of New Port Richey of FL, Jeannie Lopez (Luis) of Carson City NV; sons Gary Ewing, and Fernando Ewing of Carson City NV and Tim Ewing from Gardnerville NV. He was a great-great grandfather having 11 grandsons and 4 granddaughters. Leaving behind two special friends, Bob Milby of North Carolina and Chris Aichner of New Port Richey, FL.

Gene made a career of the Marine Corp serving in the Korean War and two tours of Vietnam. He was also one of the survivors of the battle at the Chosen Reservoir. Upon his retirement after 21 years of service he became employed with the State of Nevada, retiring as the Deputy Warden for the Department of Corrections. He continued his career with Douglas County serving as an Extradition Officer and later retired with the Legislative Counsel Bureau as a Security Officer. Retiring from the Legislative Council Bureau he was awarded the American Flag that was flown over the capital building in Carson City NV.

Gene considered his home here in the valley. He was proud of his accomplishments and especially proud of his kids. He also stated Carolyn gave him the opportunity to live and enjoy a family he never really had. Grandpa wasn’t an easy man to sway, he was strict in raising us and made sure we could all take care of ourselves.

Gene’s wishes were to be cremated and placed at the Marine Corps Mountain Warfare Training facility in Pickle Meadows Ca. He was the training officer for the Cold Warfare Training Program. He loved to share his military experiences and was proud to be a Marine. He will be greatly missed by family and friends.

Gene’s wishes were that there be no memorial service.