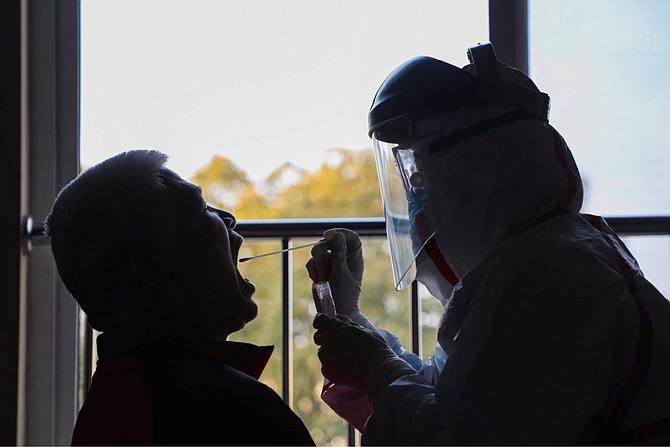 A medical worker in a protective suit collects a sample for nucleic acid tests from a suspected virus patient at a hotel being used to place people in medical isolation in Wuhan in central China&#039;s Hubei Province, Tuesday, Feb. 4, 2020. Hong Kong hospitals cut services as thousands of medical workers went on strike for a second day Tuesday to demand the border with mainland China be shut completely, as a new virus caused its first death in the semi-autonomous territory and authorities feared it was spreading locally. (Chinatopix via AP)