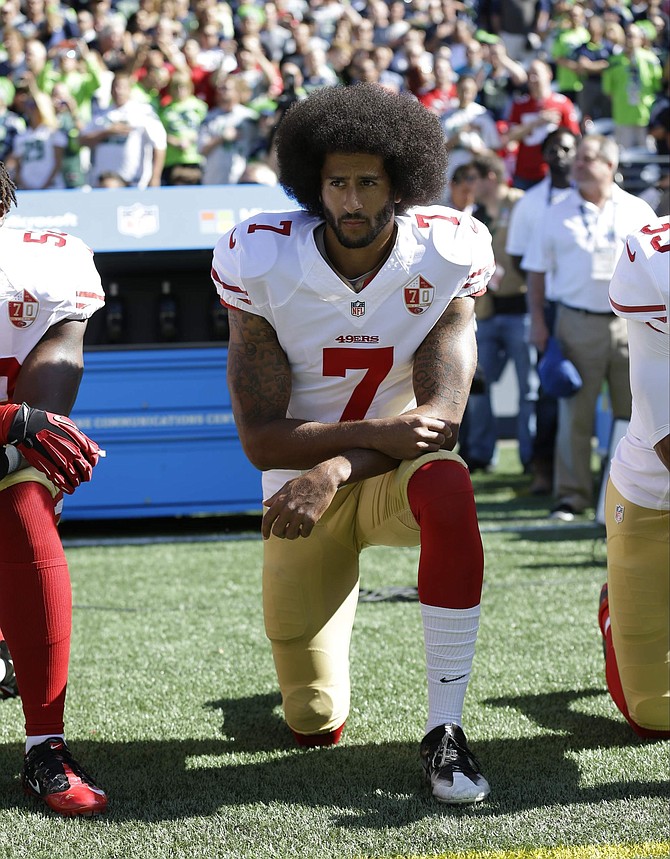 FILE - In this Sept. 25, 2016, file photo, San Francisco 49ers&#039; Colin Kaepernick kneels during the national anthem before an NFL football game against the Seattle Seahawks in Seattle. The same guys who banished Kaepernick from the league for kneeling during the anthem to raise awareness about those very same issues have ruthlessly commandeered his cause. (AP Photo/Ted S. Warren, File) 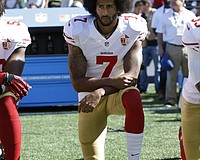 MIAMI — One play. Five yards. A flag that wasn’t thrown. Seven years ago at the Super Bowl, history was made when a 49ers receiver, unable to break free from the prying hands of a harassing cornerback, could not grab a pass on fourth-and-goal that would have given San Francisco the go-ahead score late in the game against the Baltimore Ravens.