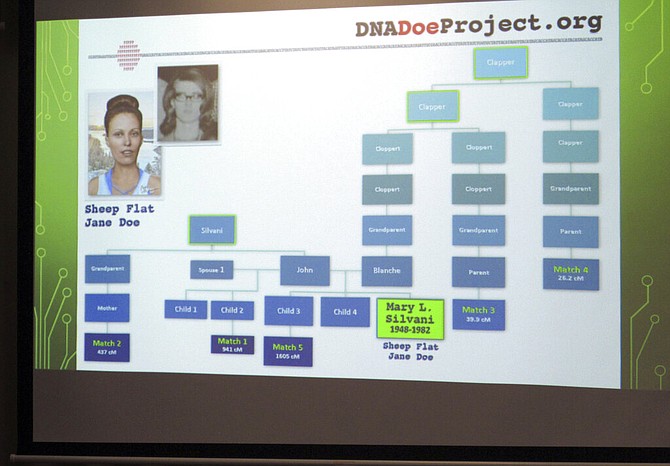 Washoe County Sheriff&#039;s investigators displayed this family tree created by the DNADoeProject during a news conference in Reno, Nev., on Tuesday, May 7, 2019, announcing that new DNA evidence determined the woman whose body was found near a hiking trail in 1982 was killed by a man who committed suicide in jail a year later after confessing to three other murders in California. The, victim previously known only as a Jane Doe, was identified as Mary Silvani, who was born in Pontiac, Mich., in 1948 and attended high school in Detroit before moving to California. (AP Photo/Scott Sonner) 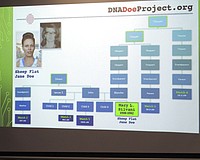