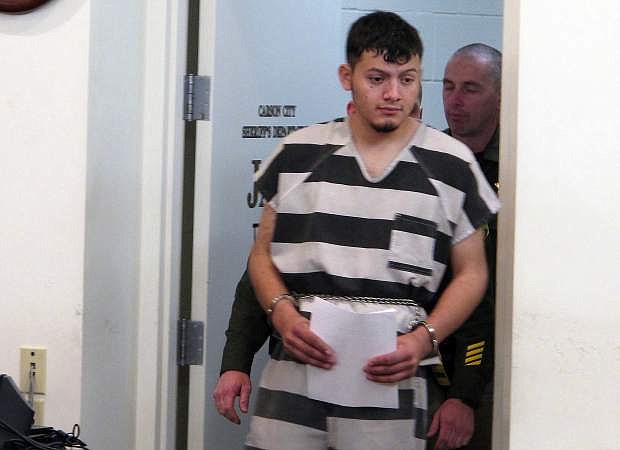 FILE - In this Jan. 24, 2019 file photo, Wilber Ernesto Martinez-Guzman, 19, of El Salvador, is escorted into the courtroom for his initial appearance in Carson City Justice Court in Carson City, Nev. A detective says the Salvadoran immigrant charged with four Nevada murders told police he robbed and killed his elderly victims during a 10-day rampage in January because he needed money to buy methamphetamine. According to a grand jury transcript obtained by The Associated Press, the Reno detective testified last week that Martinez-Guzman broke into tears and repeatedly called himself an &quot;idiot&quot; before confessing to the murders. (AP Photo/Scott Sonner, File) 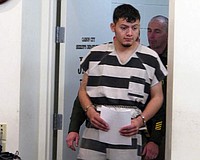